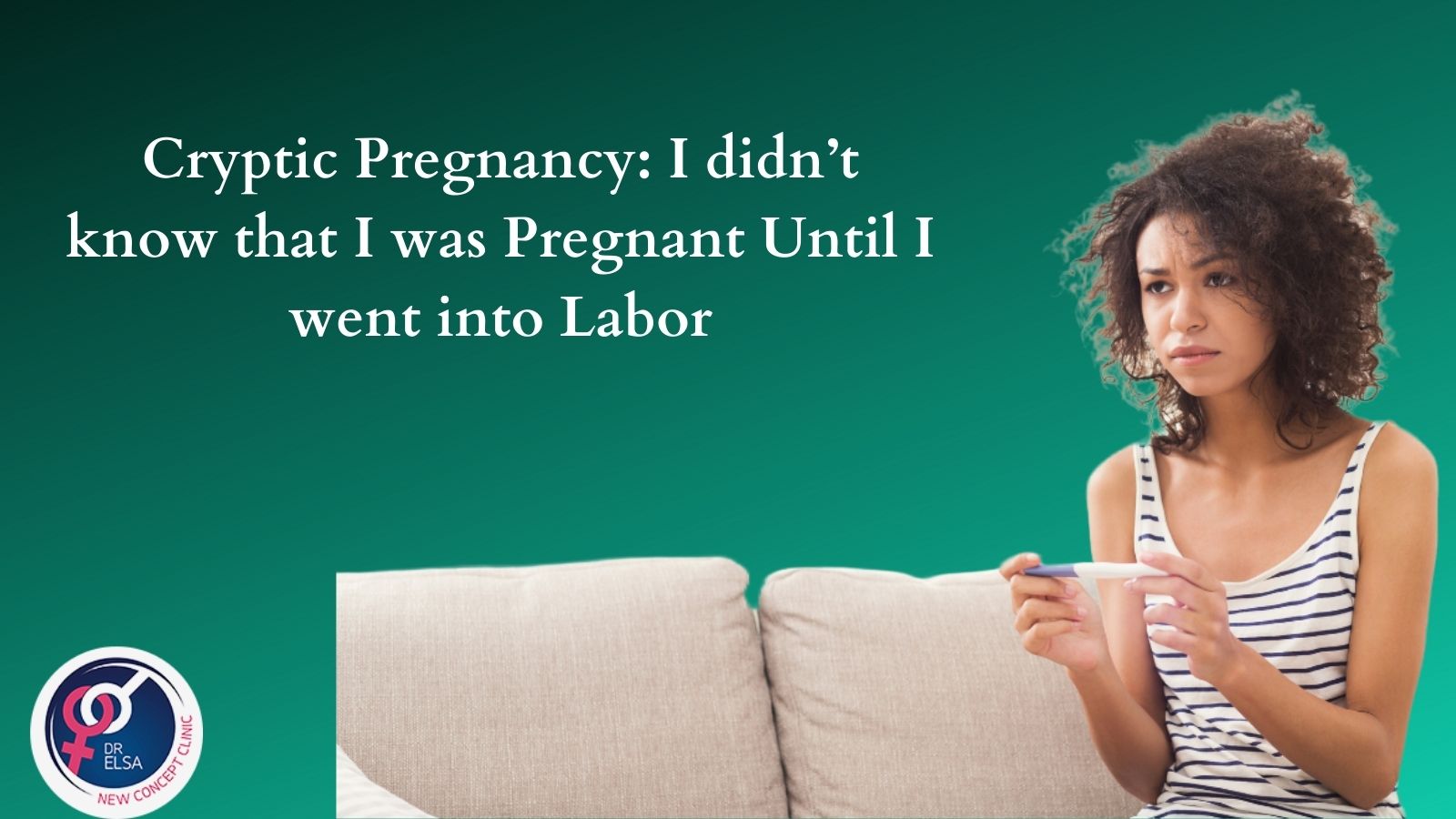 Cryptic Pregnancy: I didn’t know that I was Pregnant Until I went into Labor

It may sound strange to hear and be difficult to understand. How can someone be pregnant or have a baby when they are not at all in the case of expecting such a thing? But the reality is, yes it is possible as a small minority of people don’t know they are pregnant unless and until they go into labor, are admitted to the hospital in severe pain, or die.

Apart from this, you might have either heard or read some shocking stories about people who did not realize they were pregnant until they were giving birth in the bathroom. The first question that strikes your mind is, "Can you be pregnant and not know it?" Yes, it is possible, and when this happens, the condition is known as cryptic pregnancy.

Cryptic pregnancy is exactly what it sounds like. It is a seemingly mysterious pregnancy in which a woman is unaware that she is expecting a baby. Followed by zero major pregnancy symptoms, the case of a cryptic pregnancy goes unnoticed right up to the time when the labor begins. It's sometimes referred to as a "stealth pregnancy" or a "denied pregnancy."

Explaining the factors that contribute to cryptic pregnancy

As per the research and reports, there is no one thing that can be the prime cause of cryptic pregnancy. However, in conversation with Dr. Elsa, the Best Obstetrician in Dubai, we got to know the factors that may contribute to the occurrence of a cryptic pregnancy.

Symptoms of a cryptic pregnancy

As the definition suggests, a cryptic pregnancy is one that does not have any awareness to spread as clear symptoms. But that does not always mean that there are no absolute signs involved. As the effect of the symptoms varies from one person to the next, there are several pregnancy-related symptoms that can easily occur but can be easily overlooked or believed to be caused by something else.

For instance, a woman suffering from morning sickness can overlook it as an indication of an upset stomach, absence of periods, or other similar conditions. The most common signs of a cryptic pregnancy are fatigue, nausea, vomiting, upset stomach, missed periods, swelling, and others.

And what about labor and delivery in a cryptic pregnancy?

The thing that is different about labor and delivery in cryptic pregnancy is that you may not know that you are expecting it. The rest of the things are all the same. The labor and delivery at the end of a cryptic pregnancy are all similar to those of a normal pregnancy. It includes severe cramps, stretching of the cervix, pushing the baby out, or a surgical section of delivery if needed.

A few examples of cryptic pregnancies

What sounds uncommon can sometimes be common. Considering the unbelievable case of cryptic pregnancy, there are a lot of stories shared by women and their families of how they did not know that they were pregnant until they went into labor, were admitted to the hospital, suffered severe cramps and contractions, etc.

A word from the New Concept Clinic

Even though the condition is hard to comprehend, a bit uncommon, and somewhat misunderstood, cryptic pregnancies do happen. It is advised to everyone out there that if you are sexually active and experience any unusual symptoms, immediately refer to your medical health provider or look for a Gynecology Hospital in Dubai offering pregnancy care services.