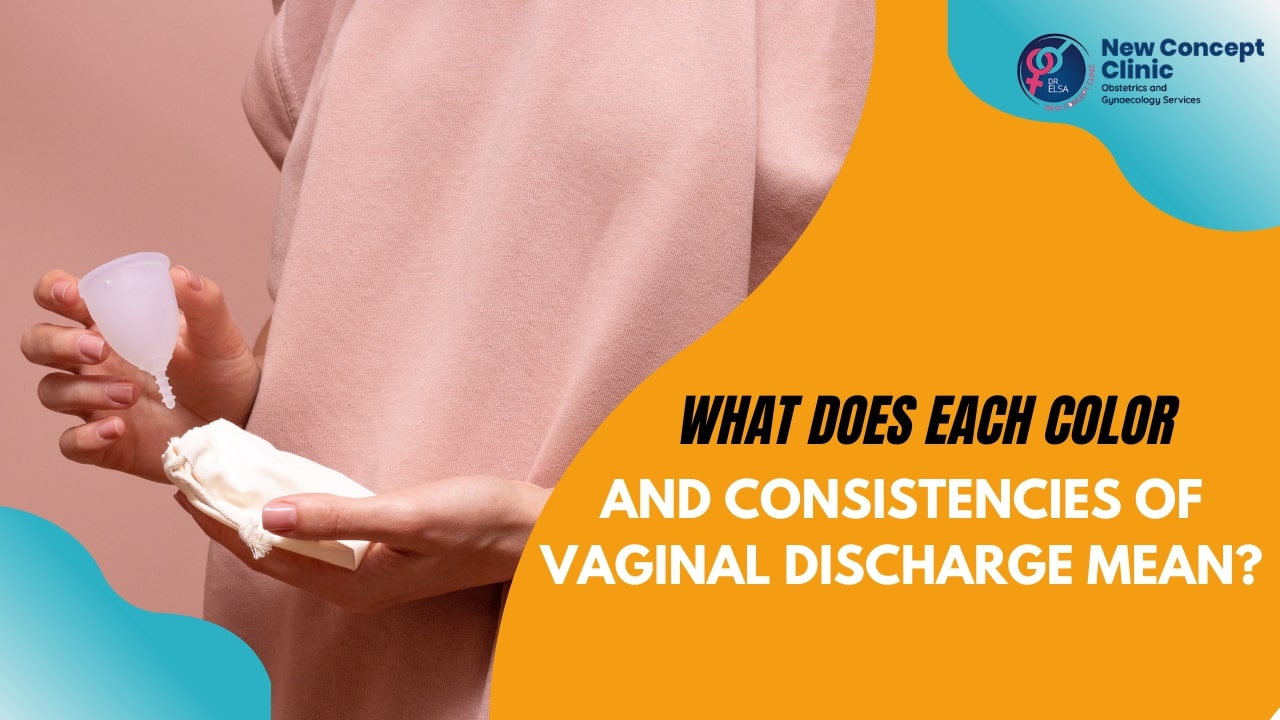 What Does Each Color and Consistencies of Vaginal Discharge Mean?

Whatever is coming out of your body acts as the best indicator of what is happening inside your body. If you pay attention to the symptoms offered by your body, you can get to know about your body's problems in its earlier stages. One such case is vaginal discharge. Its color and consistency are the key indicators of your vaginal health.

Made up of body water, bacteria, yeast, cervical secretions, and dead vaginal cells, vaginal discharge is a fluid that comes out from the vagina. The discharge is considered an amazing thing that secretes the cervix and vagina to protect it and the urinary tract from infection. The fluid also helps keep the vaginal area and its tissues clean and lubricated.

In conversation with Dr. Elsa, a Female Gynaecologist in Dubai, she reveals how vaginal discharge may vary across the menstrual cycle. It may be thick, thin, pasty, watery, clear, cloudy, bloody, white, yellow, pink, odorless, or have a really bad odor, etc.

The consistencies of vaginal discharges

The consistency of vaginal discharge significantly varies from person to person and as per the menstrual cycle. It can change from day to day in terms of color, volume, and amount. For example

Colors of vaginal discharge and what they mean

1. Red or brown discharge: The shade of red in vaginal discharge can vary from bright red to something dark brown or rust-colored.

Causes: It is generally caused by menstrual activity, menopause, infections, cervical cancer, and others.

2. White discharge: In different shades of white, ranging from eggshell white to cream-white different white discharge is common. It is accompanied by different textures and smells.

Cause: Even though a different shade of white discharge is considered normal, it can be caused due to normal lubrication or a yeast infection in the vagina.

3. Clear discharge: This kind of discharge is clear and whitish in color, which is considered OK. Clear vaginal discharge is produced through the vaginal walls when the blood flow increases to the area. It is slippery in touch and is expected at various times throughout the menstrual cycle.

Causes: It happens before ovulation, during pregnancy, and during sexual arousal.

4. Yellow and green discharge: Discharge with a light yellow discharge to a green hue indicates a problem. It is considered to appear with a change in diet or dietary supplements. On the other hand, discharge with a darker shade of yellow or green indicates a bacterial or sexually transmitted infection.

Causes: A change in diet or dietary supplements; an infection caused by different bacteria like trichomoniasis, gonorrhea, chlamydia, etc.

Now that you have all the information on what different colors of vaginal discharge mean, if you are experiencing healthy discharge, then sit tight. But, if you feel like something is wrong and your discharge is out of the ordinary, then do not douche, instead consult the Top Specialists in Obstetrics and Gynecology in Dubai from New Concept Clinic, a Gynaecology Hospital in Dubai offering the best gynaecology services. To get all the answers to your questions Schedule an Appointment and speak with our doctor now.