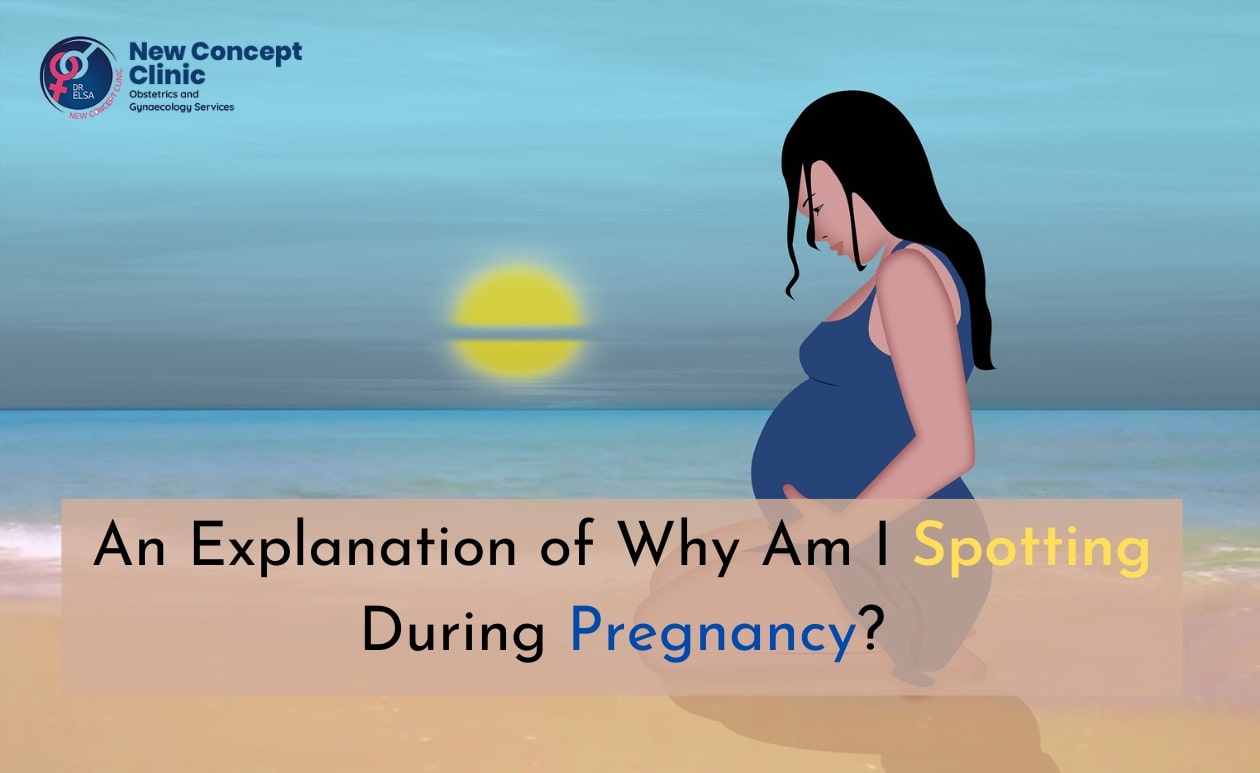 An Explanation of Why Am I Spotting During Pregnancy?

The time of pregnancy is accompanied by many different feelings, pain, and changes that lead to many things happening around us and to our bodies. From back aches, and cravings to spotting and bleeding, there is so much to experience. As there are a lot of strange things happening down below for women who do not know about spotting and bleeding during pregnancy, it can be scary to experience it.

Noticing spotting or bleeding during pregnancy can feel nerve-wracking, but it is not always a sign that something is wrong. Spotting or bleeding during pregnancy is considered normal if the occurrence of the blood is light and in a few drops. In general, spotting is when you see a light trace of pink, red, or dark brown blood on your underwear. It is just your body’s normal adjustments to pregnancy and an increase in the blood flow in your body.

As per Dr. Elsa, a Women's Obstetrics & Gynaecology Specialist, spotting and bleeding happen to around 20% of women in their first three months of pregnancy. So, there is no need to stress. Instead, it is advised to meet an obstetrician and discuss all the symptoms and experiences you have had.

Different Types of Blood During Spotting in Pregnancy

When you are experiencing spotting or bleeding during pregnancy, pay more attention to the blood that comes. During spotting, blood comes in three colors: bright red, pale pink, and brown, and the reasons for those are different.

The most common causes of spotting

Spotting during the first 12 weeks of pregnancy is referred to as normal rather than the spotting experienced nearer to the delivery date. As spotting is different, there are many reasons that explain why spotting happens during pregnancy.

1. Spotting in the first trimester

2. Spotting in the second trimester

In general, pregnancy spotting in the second trimester is sometimes considered normal unless and until you experience vaginal bleeding, just like menstrual periods. If this is the case, it is a sign of a medical emergency and it is advised to meet the doctor as soon as possible.

3. Spotting in the third trimester

Spotting during late pregnancy or in the third trimester is caused by sex or having a cervical exam. It can also be a reason due to a bloody show or a sign that labor is starting.

When to worry and call a doctor?

During pregnancy, there are several factors that can result in spots that can be scary, but not all the time it is something serious. In the majority of cases, spotting or bleeding during pregnancy is a normal concern and also means that your baby is healthy.

If you are noticing spotting or vaginal bleeding similar to your menstrual cycle, it is now time to notify your doctor and share all the details. Contact your healthcare provider or contact New Concept Clinic, a Gynecology Hospital in Dubai, to fix an appointment with Dr. Elsa.

Also Read : How to Predict When Your Baby Will Drop and When You Will Induce Labor?